What’s growing in the garden this year? (For some reasons I only take pictures of the more special plants… There are also a lot of more regular vegetables like peas and beans, pumpkins, radishes and beets. But these are more ‘cool’ I guess…

The first one is Shungiku, the Japanese edible chrysantemum (Chrysantemum coronarium) , which is actually from the south of Europe, but like burdock (Arctium lappa) and water-pepper (Polygonum hydropiper) that both are native here, is is not at all eaten where it grows in the wild, but cultivated in Japan, where it doesn’t originate at all…. 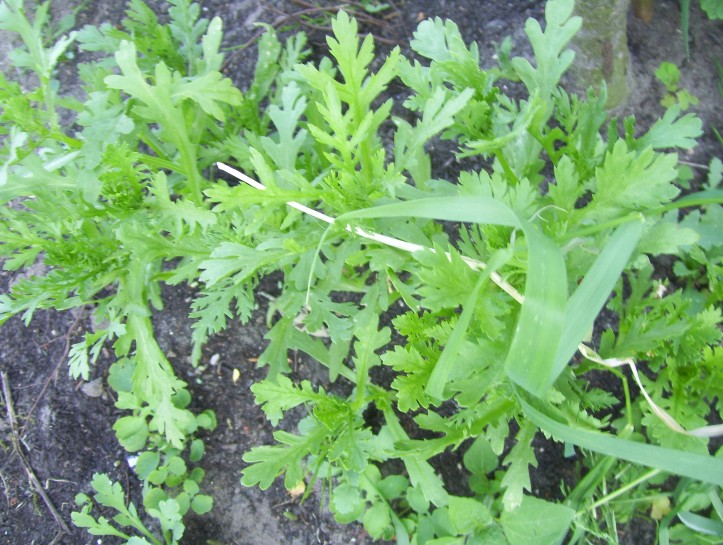 The second one is the famous Oca (Oxalis tuberosus), the Andean wood-sorrel tuber.  I lost most of my tubers because it let them in the ground, and we had a complete week of frost in februari, but the ones I’ve saved are starting to grow. 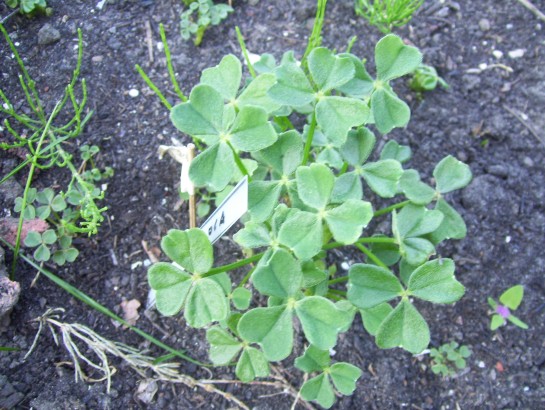 These are tree spinach seedlings. I really like the color of this plant, and the taste. I wrote about them earlier. I still have some seeds if anyone would like them….

This is a young tomatillo plant (Physalis ixocarpa). A physalis species that is used as a vegetable in Mexico, where the unripe berries are used for a salsa sauce. The last 2 years I’ve been growing white ones, this year I try the black ones as well… 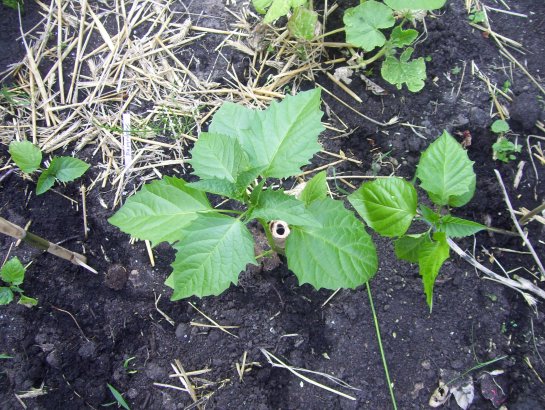 This is my favorite type of rocket-salad: the perennial wall rocket (Diplotaxis tenuifolium). Perennial leafy salad plants are very interesting! This species is sold, but my plants are from seed that I’ve collected in the wild. 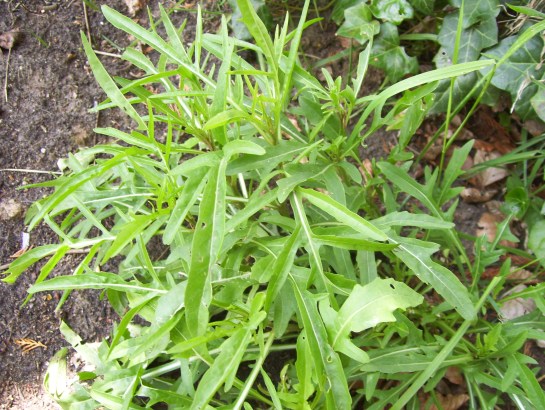 These are baby Mashua or Anu (Tropaeolum tuberosum ‘Ken Aslet’) plants, another Andean tuber, and one with a strange reputation. It seems like not all people like the very particular taste (like you can see it’s closely related to garden Nasturtium (Tropaeolum majus), which might say something about the taste.) and it is also reputed as an anaphrodisiac for men if eaten too much. I’ll find out more about it

This is a blue potato ‘Vitelotte noir’ (I suppose, there was no name of race on it but that’s the most sold blue potato over here) and I also have another weird potato race called ‘corne de gatte‘. I suppose both are Solanum tuberosum, but I’m not 100% sure. (notice the tree spinach seedlings, that’ll end up in the salad if I weed them out…)

And here is some Elderflower (Sambucus nigrum) which I use to make a very tasty lemonade! 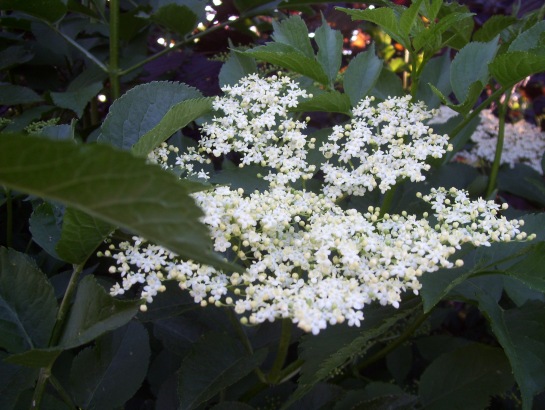 And the last plant is the ‘weed orchid‘ (Epipactis helleborine) that comes up between the herbs. The only common wild orchid over here. But hey, an orchid is an orchid, and doesn’t get weeded out just for nothing.. 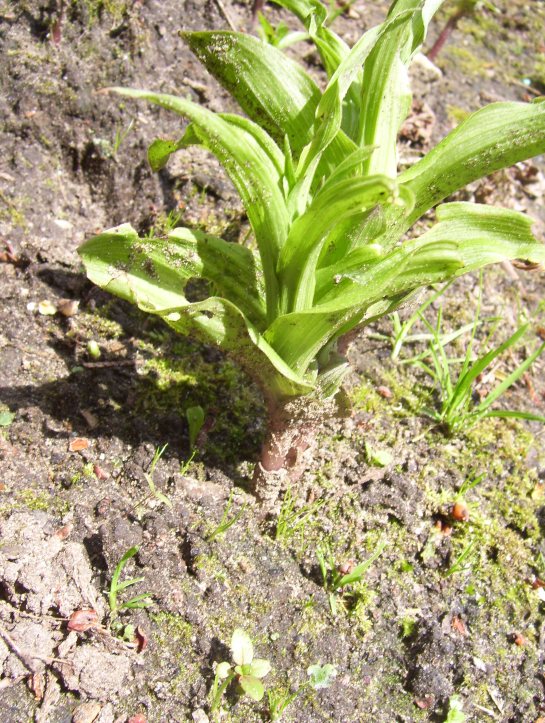 And finally, something else: A dragonfly that wasn’t afraid at all when I put my cheap camera quite close to it to take this picture. I think it’s the broad-bodied chaser (Libellula depressa).